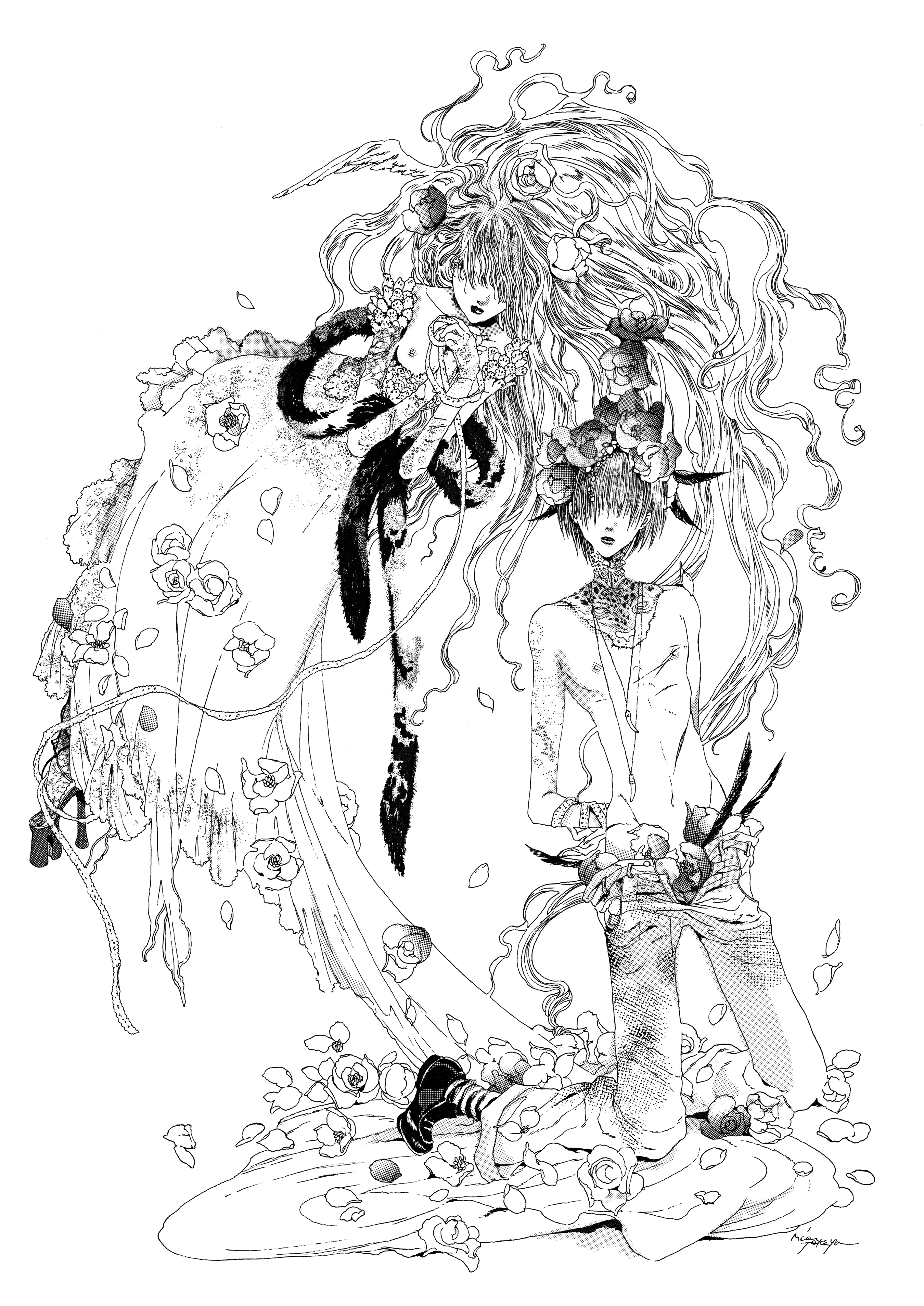 This image was inspired by “The Earthly Conflagration” (French: L’Incendie Terrestre), a short story by the French writer Marcel Schwob (1867-1905), who, like Charles Baudelaire (1821–1867), was closely associated with Symbolism, a 19th-century art movement that rejected naturalistic descriptions of the world and that emphasized instead mysterious, mystical forces that lie beyond our perception.

Schwob’s text describes the apocalypse and focuses upon two survivors who run in vain from the destruction around them: meteors raining down from the heavens, volcanoes belching lava and ash, and torrential floods. Happening upon a boat, they hope to find safety in the midst of the ocean, but when they see that the water itself is burning, they resign themselves to their tragic fate and recognize that they are the last couple on Earth. Overwhelmed by existential despair, they embrace each other and make love.