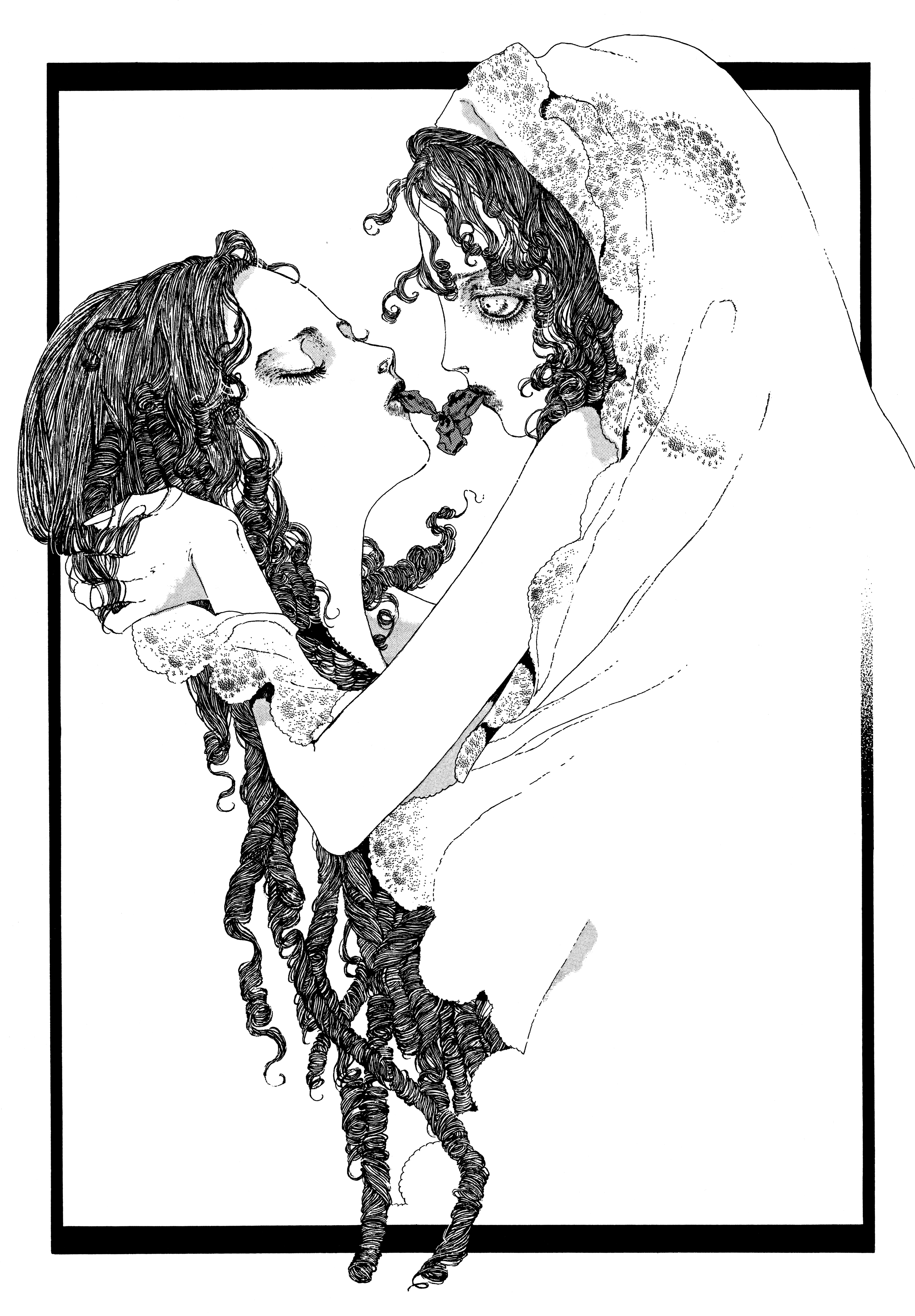 The floral imagery that Takaya often incorporates into her female portraits has underlying sexual connotations. These associations are based upon centuries of precedents in art and literature, including works by the poetess Sapphō (c.620 BC—c.570 BC), active on the Greek island of Lesbos. Sapphō envisioned the loss of a woman’s virginity in the following way nineteen centuries before the Old French term desflourer (to deflower) was even coined:

Like the hyacinth in the mountains that shepherd men
With their feet trample down and on the ground the purple flower.
(Trans. Richard Jenkyns, 1982.)

Critics have interpreted this poem as an expression of Sapphō’s distain for heterosexual love. As an early apologist for female homosexuality, she was a source of inspiration for other writers, such as the French Symbolist poet Charles Baudelaire (1821–1867), who praised unconventional relationships:

Here, Takaya honors the legacy of Sapphō through a sensual image of two women embracing one another and suspending between their lips a delicate flower.