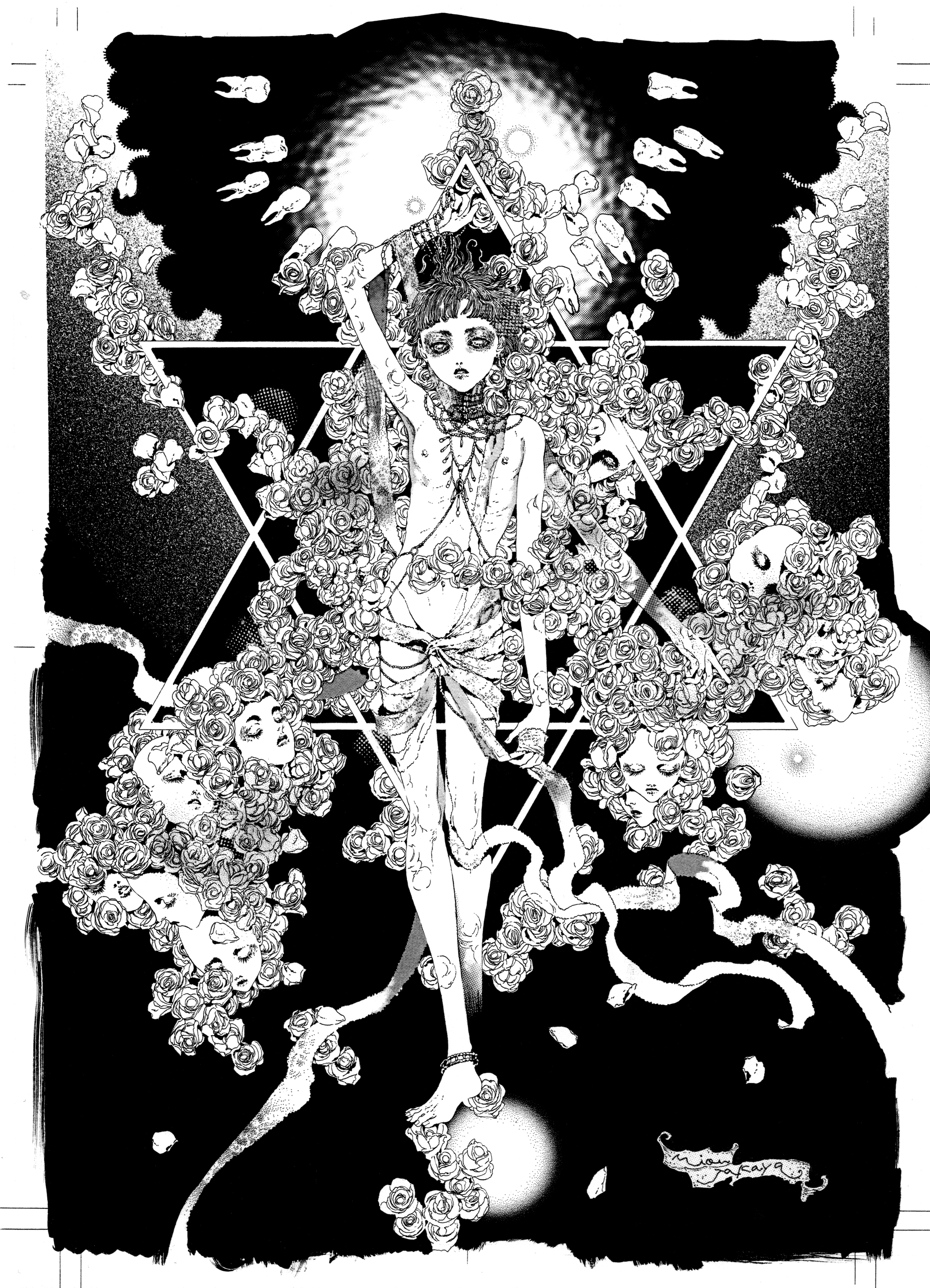 This portrait of the Roman emperor Heliogabalus (203–222; literally “sun rider”), known also as Elagabalus, combines various literary references to create an intense aura of mysticism. The androgynous figure floats at the center of the image and seems to balance himself on a small planet beneath his left foot. Behind him appears an enormous Star of David, and around him float disembodied heads enshrouded in roses. At the top of the composition is a garland of teeth encircling a blazing sun.

Heliogabalus became the Roman emperor at age 14 during a period of great political instability and corruption. Disregarding his responsibilities, the young man spent his idle time in hedonistic pursuits that resulted in numerous scandals. One likely apocryphal event, recorded in the anthology Augustan History (117–284) and depicted in a 1888 work by Anglo-Dutch painter Sir Lawrence Alma-Tadema (1836–1912), involved a banquet at the emperor’s palace. As an amusing spectacle, Heliogabalus was said to have had a false ceiling constructed in the banquet room, and when the ceiling was suddenly drawn back, a cascade of rose petals fell upon the guests, burying them so deeply that some smothered to death. Another story relates how, for his own amusement, the emperor would take drunken guests and place them in a room with wild beasts whose claws and teeth had been removed.

In 1933, the French avant-garde author Antonin Artaud (1896–1948) published Heliogabalus: The Crowned Anarchist (Héliogabale ou l’anarchiste couronné), a work of historical fiction in which he defends the emperor’s behavior as the epitome of anti-authoritarian behavior. Artaud shared with surrealist author André Breton (1896–1966) an interest in esoteric symbolism and alchemy, and both published works that make reference to the Star of David (described as “the Seal of Solomon”) as an image of mystical power.