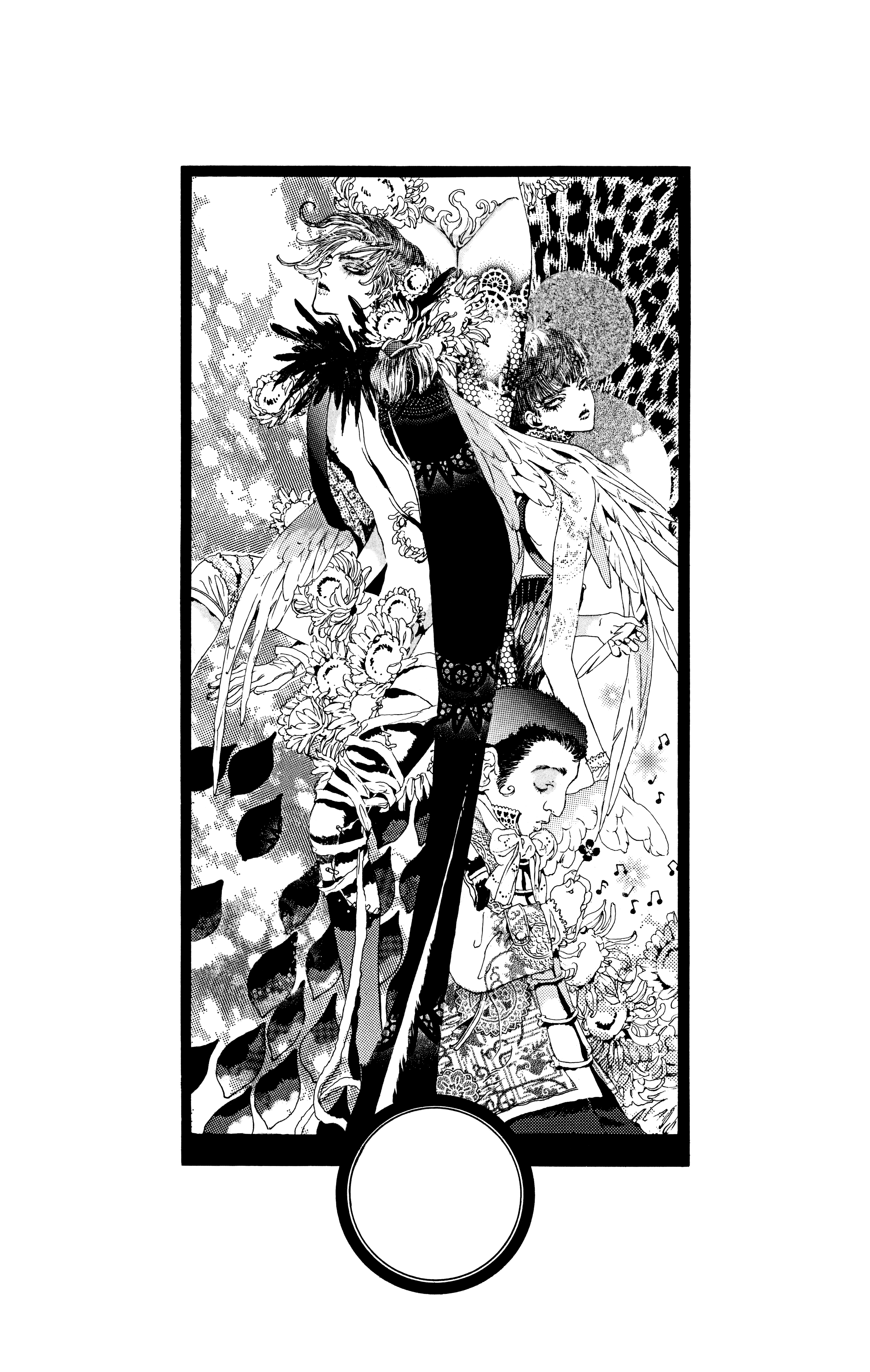 The Japanese title of this image, “Shuro no nawahiki denchū wo yozuru mono,” makes reference to a five-line, 31-syllable verse (tanka) by Tsukamoto Kunio (1922–2005), a leading figure in the field of avant-garde poetry after the Pacific War:

Tsukamoto’s innovative experiments with the form of tanka poetry, including the use of humorous wordplay and the inclusion of references to post-industrial, urban life, earned him deep praise from his contemporaries, such as the Nobel Prize winner Mishima Yukio (1925–1970).

In a crisp, graphic style reminiscent of the British illustrator Aubrey Beardsley (1872–1898), discussed nearby, Takaya sought to capture the mood and grace of Tsukamoto’s work without slavishly adhering to the same imagery. Instead, she presents a trio of characters: an androgynous, winged figure adorned with sunflowers and bandages, a young woman behind him looking longingly over her shoulder, and, below them, a gentleman blithely contemplating a small flower in his hands. The scene seems to elaborate upon Tsukamoto’s reference to “fallen angels” by depicting the central individual as graceful yet emotionally detached and physically vulnerable.