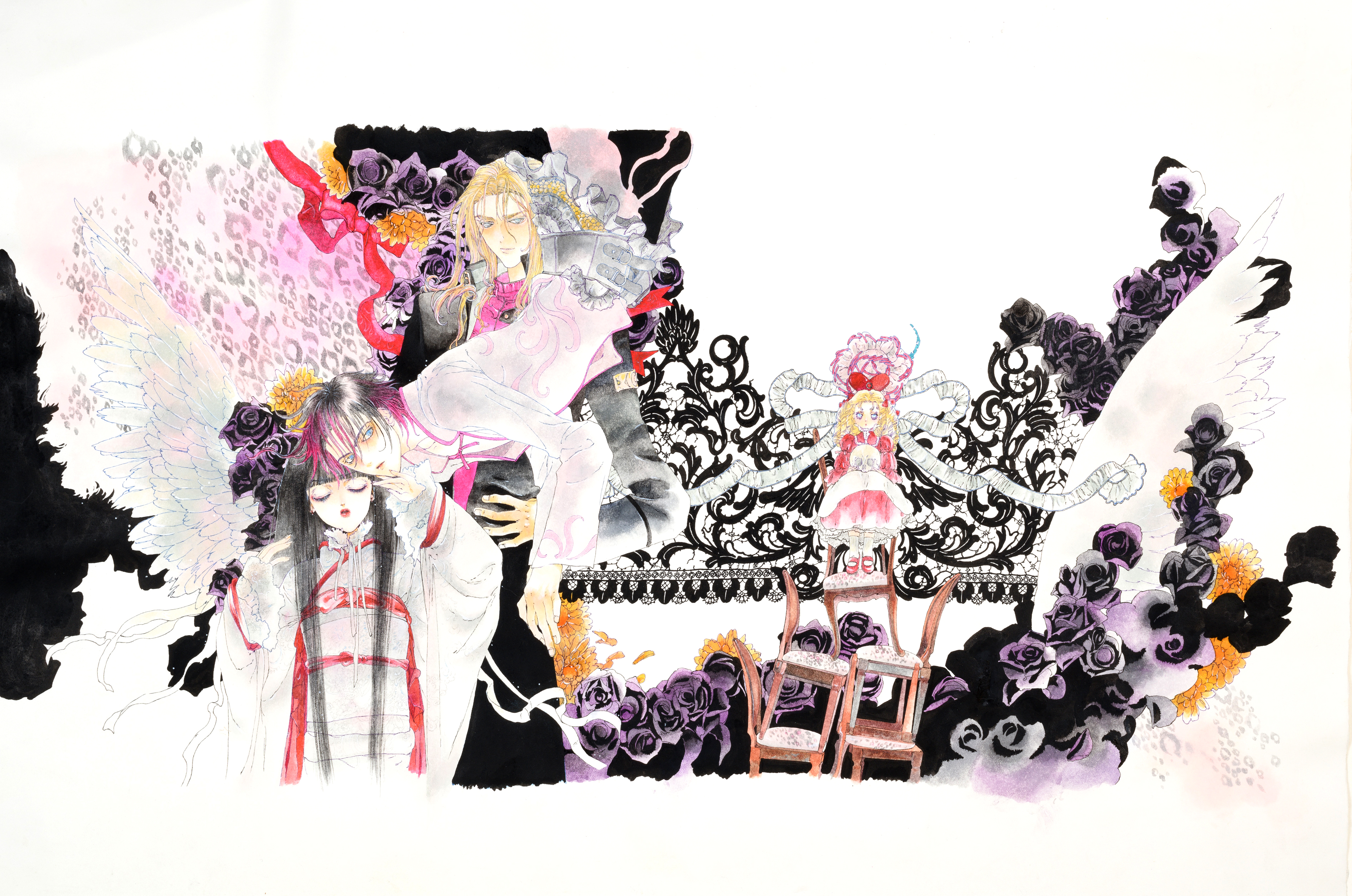 Next: Angels in the Artwork of Takaya Miou

The two-volume graphic novel Lord of Mechanics describes a futuristic society in which the brilliant roboticist Thanatos manufactures a legion of “animated dolls” (androids). Confounded by the existential implications of this new technology, many characters, including the androids themselves, are driven to violent acts of self-destruction.

Elements in the cover for the second volume display some of the ways in which Takaya’s imagery reflects trends in contemporary Japanese women’s popular culture. In particular, the right half of the image makes several references to contemporary Harajuku street fashion: the young woman perched precariously upon a pyramid of chairs is dressed in a neo-Victorian, Lolita-style outfit with a petticoat and an ostentatious headdress. The skull that she holds in her lap, the black lace design behind her, and the billowing clouds of black roses surrounding her make further allusion to a dour variant of the Lolita style—Gothic Lolita.